I have a friend in Sydney who I met through Flickr. He’s a postcard collector and a very generous one at that! A couple of years ago he sent me a fantastic one of Birmingham’s City Arcade, which is the header for this site. In the mail the other day I got the lovely surprise of two fantastic vintage postcards. One shows the Passage du Commerce in Niort, Western France and the other the Mutual Arcade in Port Elizabeth, South Africa. 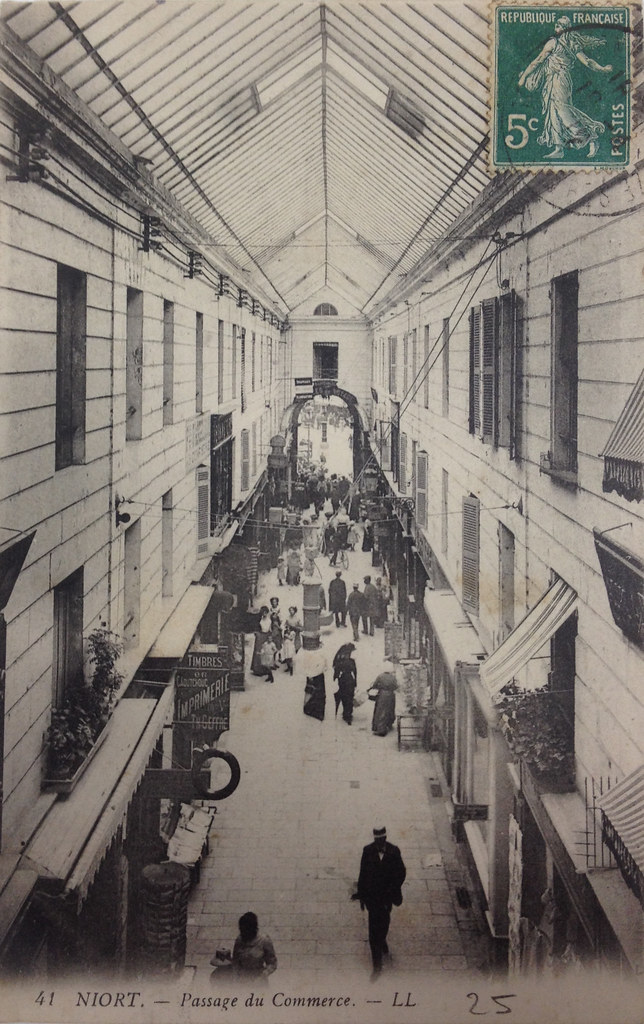 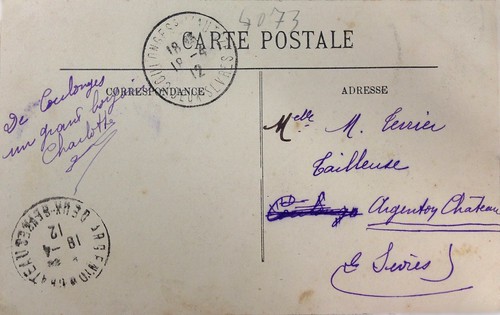 The Passage du Commerce is a version of the famous Parisian arcades, translated to the provincial town of Niort in western France. Many regional French towns quickly followed the fashion of the capital and constructed arcades, especially in the early decades of the nineteenth century. Niort was no different and a 1820 Royal decree ordered the construction of a communicating passage between The Rue des Halles and La Place de la Préfecture  on the site of a tavern, des Trois-Pigeons (the Three Pigeons). The arcade was completed in 1829 with 20 shops in total. Despite twice falling victim to fire, Passage du Commerce still exists today. 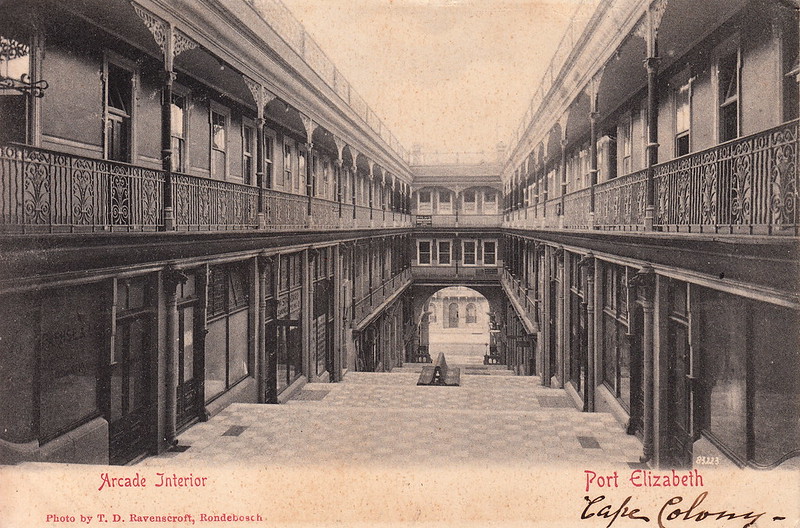 The South African arcades are really interesting. In the nineteenth-century some, such as the Johannesburg Arcade were shipped in pieces from Great Britain. This arcade was built around 1898 and designed by English expatriate architect William Stucke. It shows some of the interesting features that are typical of these later turn of the century arcades – where the shopping section itself is becoming less important than the buildings within which it’s being built.

This later leads to the arcades really being subsidiary to the rest of the building and developing into arcades with fake glass roofs – or none at all. Australia and South Africa can often provide interesting comparisons on the urban development of different British colonies and it will be great to delve into this a little more.

These postcards now take pride of place on my wall at work – and are a not subtle reminder to me each day that I need to write!

Below is another of PellethePoet’s arcade postcards: the exterior of the Block on Collins Street, Melbourne.

But, you MUST check out his Flickr Photostream to see more of his astonishing collection of vintage postcards! 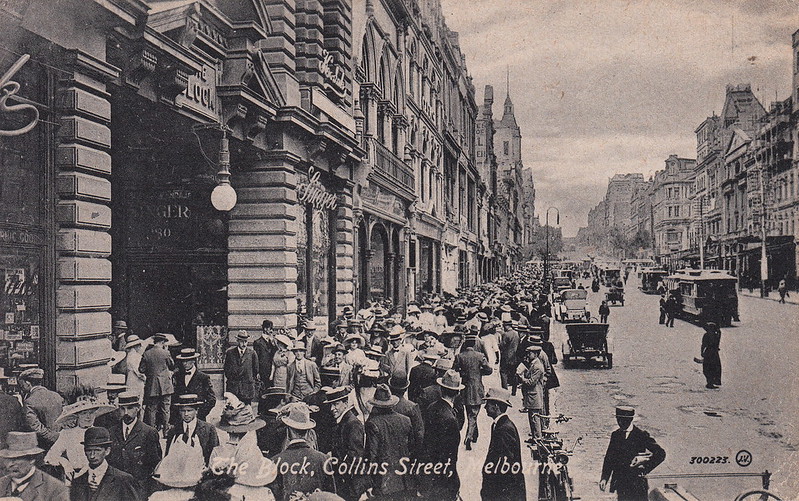